Pooltradeshow is the original independent tradeshow, established in 2001 for the boutique market and better retailers worldwide.

It is a semi-annual event occurring every February and August in conjunction with the MAGIC Marketplace, when the apparel industry converges on Las Vegas for the most influential week in the business of fashion.

Pooltradeshow showcases the best emerging designers, featuring new product ranging from womenâ€™s and menâ€™s apparel, to shoes and accessories, and including a variety of lifestyle products â€” from art, to music, to home.

Last Season pooltradeshow open their Second Show featuring Green, artists and designers. This platform gave eco-conscience designers and brands the opportunity to showcase their designs in a special environment highlighting their designs as well as tasks and mission. This February will be the second time they open door for their eco- showcase. If you have any desire to see who is up an coming in the world of fashion and recycling check out the pooltradeshow this February in Las Vegas. 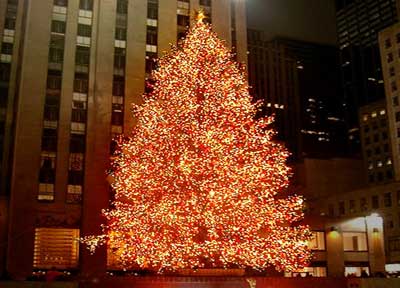 Tis the season to be jolly, and if you happen to be in New York, green! This year New Yorkâ€™s finest Christmas landmark is going green in the spirit of the Christmas season. For the first time in its history, the Rockefeller Center Christmas tree, will be getting a new set of energy efficient LED Christmas lights which will be fully powered by solar panels. 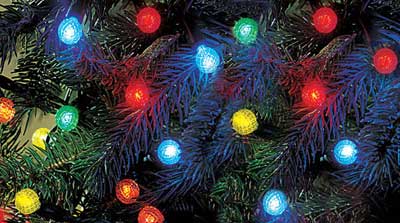 The Rockefeller Center Christmas tree, which attracts over 500,000 visitors during the holiday period, will receive over 30,000 LED lights instead of the standard holiday lights that it normally had. This switch from tungsten Christmas lights to LED Christmas lights will have the result of reducing the energy consumption by almost sixty percent. Not only that, but Tishman Speyer, the organizers of the event, have come up with an environmental management plan to reduce the impact of this operation and restore the land from where this tree came from.

The power for the treeâ€™s Christmas lights is coming from a new solar power station that is being installed on top of the roof of 45 Rockefeller Plaza. The 363 General Electric Solar panels will be fed back into the building to help reduce the peak energy demand from the grid.

Oh, and as for the tree? Once the holiday period is over, it will be transformed into lumber to be used by Habitat for Humanity.

Thanks to inhabitat for all the Bueno Verde information.